Hüseyin the Master (1887-1916) has a boathouse in Salacak, Istanbul. At the time Salacak craftsmen were building boats for the Abdulhamid II’s royal palace.

Hüseyin dies in the Battle of Gallipoli. His son Mustafa Şengün (1907-1996), colloquially known as ‘Topik Mustafa’, follows his father’s footsteps.

Two boat frames were raised, ready for the hull construction… Topik Mustafa grows at shipyards with his associate craftsmen Harun Ülman (1900-1977), one of the first marine engineers of Turkey.

Hüseyin Şengün (1929-2011) spends his youth in his father’s boat house and gets training from Harun Ülman.

Hüseyin Şengün (1929-2011) establishes a private workshop in Ayvansaray, pushing the limits of the family’s expertise into bigger, more luxurious boats.

Bilgin Şengün (1949) learns the craftsmanship of boat building eventually gaining own unique artisan skills to work independently of his father.

Mustafa Şengün (1955-2014) works on a rowing boat for infamous Sadun Boro – the first Turkish seaman to sail around the world.

The family focus efforts on 10 to 20 meter motor boat range for the local market, moving the business to İç Kumsal area in Küçükçekmece, in the previous year.

A large 18 meter state of the art motor yacht launches from Menekşe Beach.

16 meter Finesse ready to be sent off to the Istanbul waters watched by proud craftsman team.

A dual propeller hoists up ready to be launched for one of Bilgin’s dedicated and loyal customers.

One of two 18 and 22 meter boats being transported to Ataköy Marina. Through cooperation with marinas Bilgin expanded its business to meet increased demand.

The shipyard moves to latest facilities in Küçükçekmece and launch is larger boats in a especially built marina.

The company brakes ground again and enters the international with the sale of Santa Maria to a respected Russian client.

Bilgin Yachts gets wider international orders from UK, USA, and France after the delivery of the Imparatore to a Greek client.

Future deliveries of the 33.50m M/Y MADNESS in May and the M/Y INDIANA and M/Y TEE-DJE in July establishes the business to become the winner of the 3rd Biggest Ship and Yacht Exporter awards in Turkey. 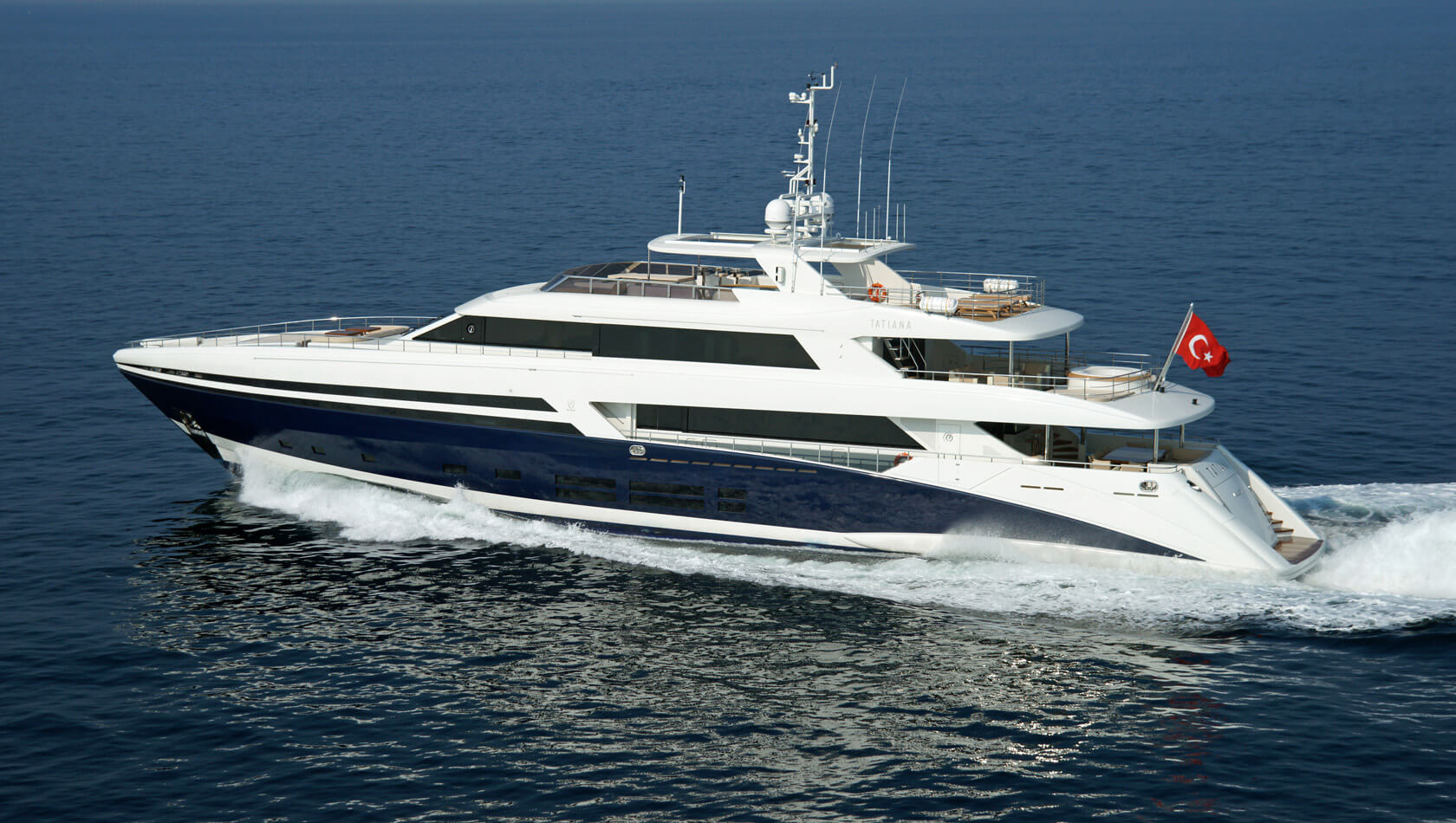 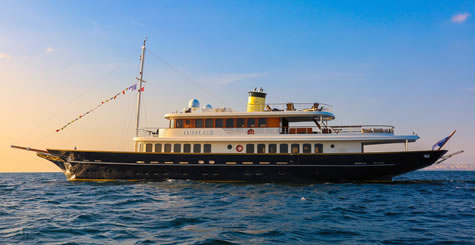 Bilgin 160 Classic M&M renamed the M/Y TIMELESS being launched. She receives the World Yacht Trophy for Best Design at the Cannes Yachting Festival. 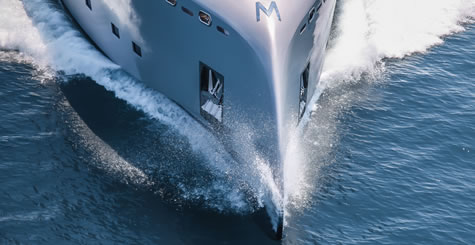 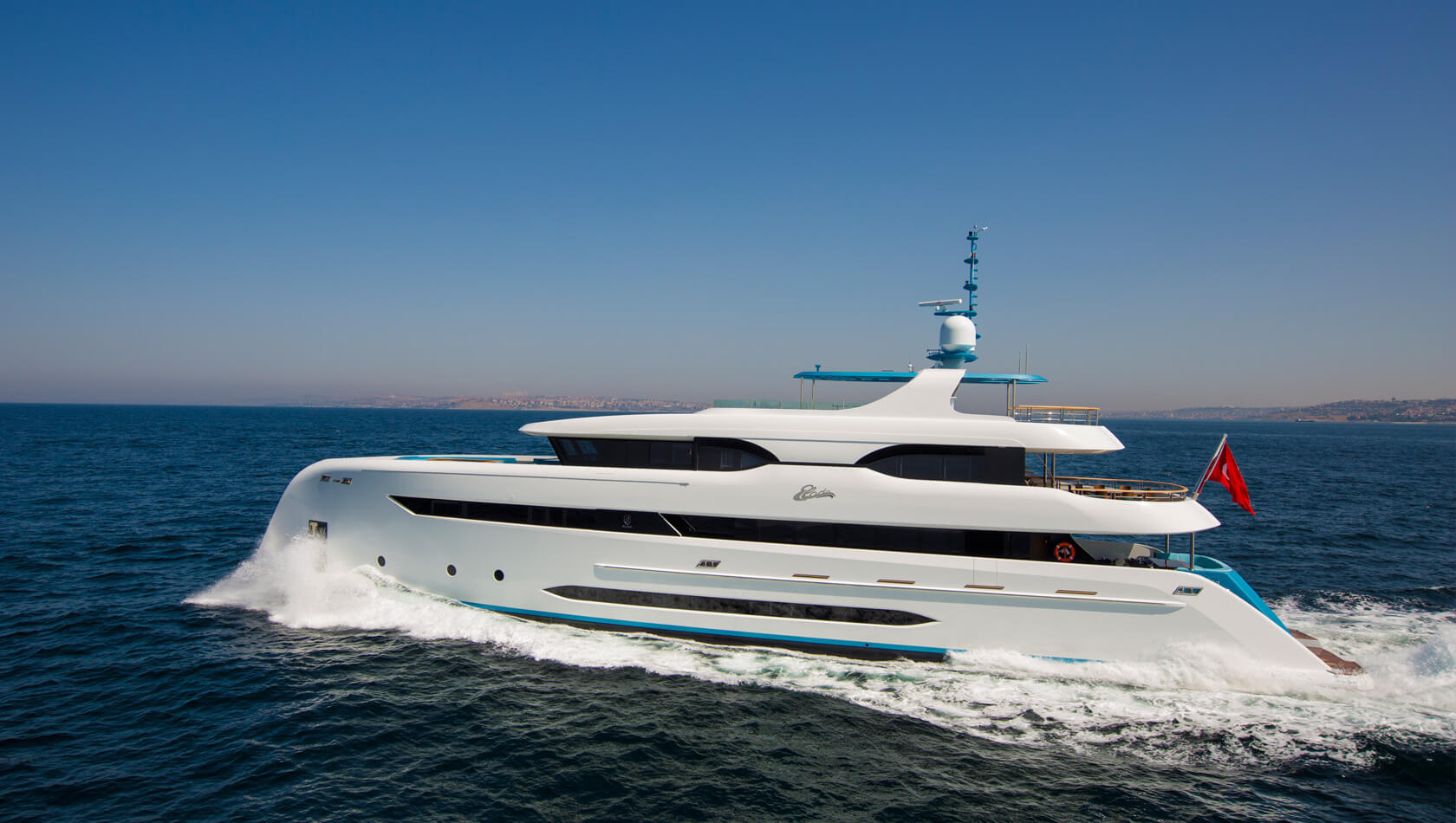 The majestic Elada, another H2 reverse-bow super yacht, is rolled off the production line. 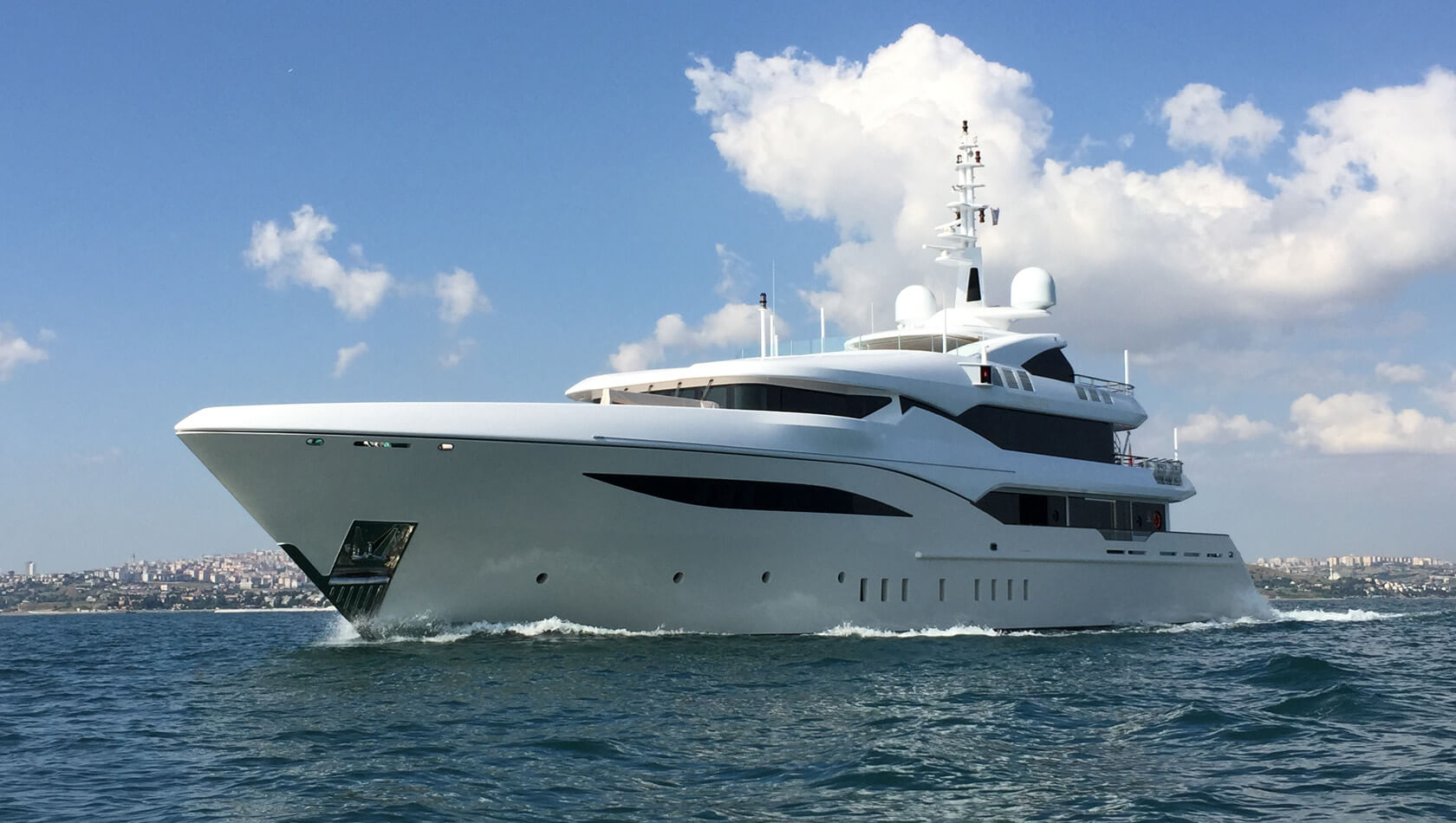 The megayacht DUSUR – a yacht in a class of its own – builds Bilgin into the world of the biggest international players in the high-end boat market. 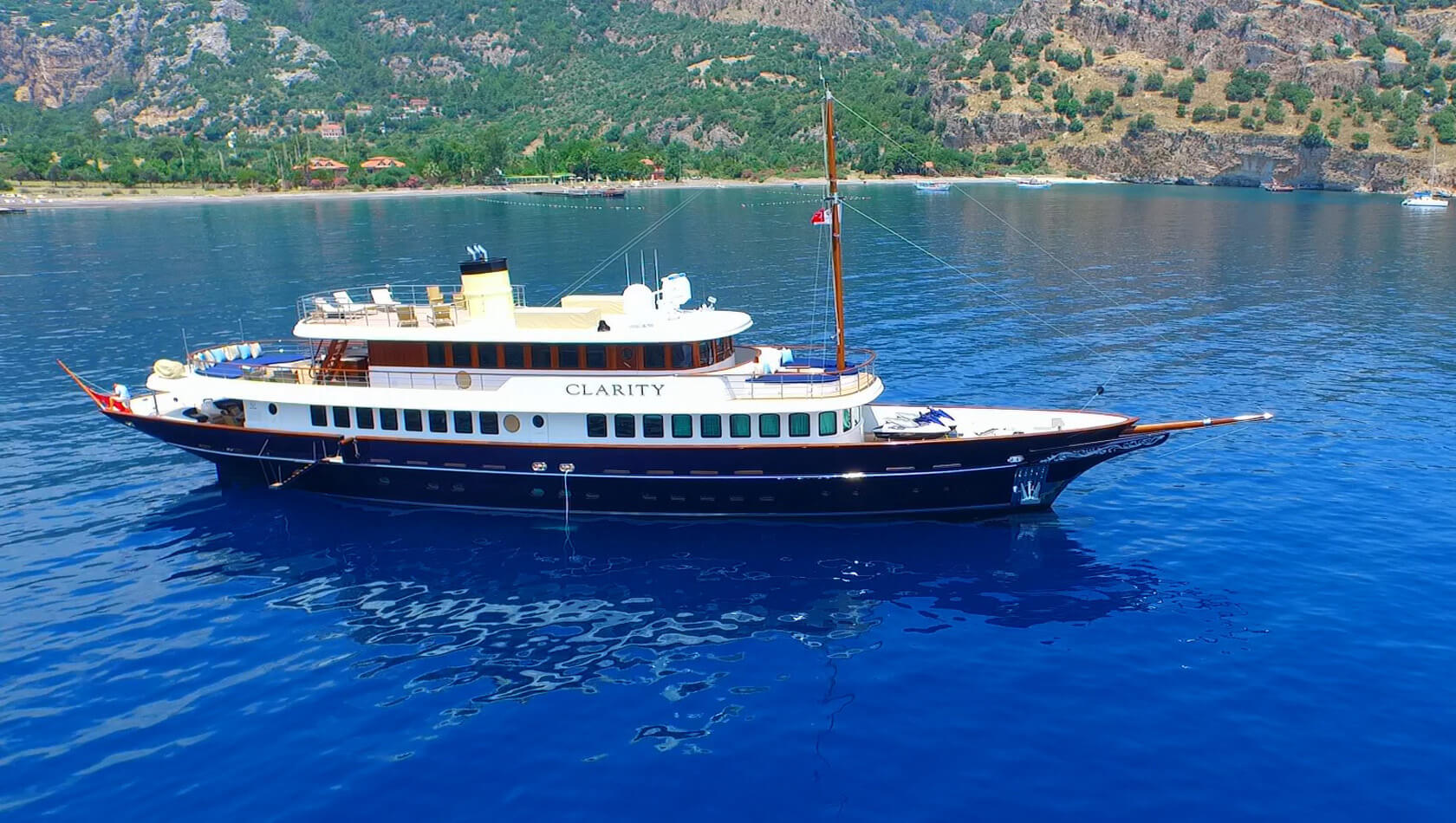 BILGIN 160 Classic, casually known as the CLARITY, is launched. The 80 metre order, the biggest boat to be built in Turkey to date, signed by a highly satisfied Indian client. 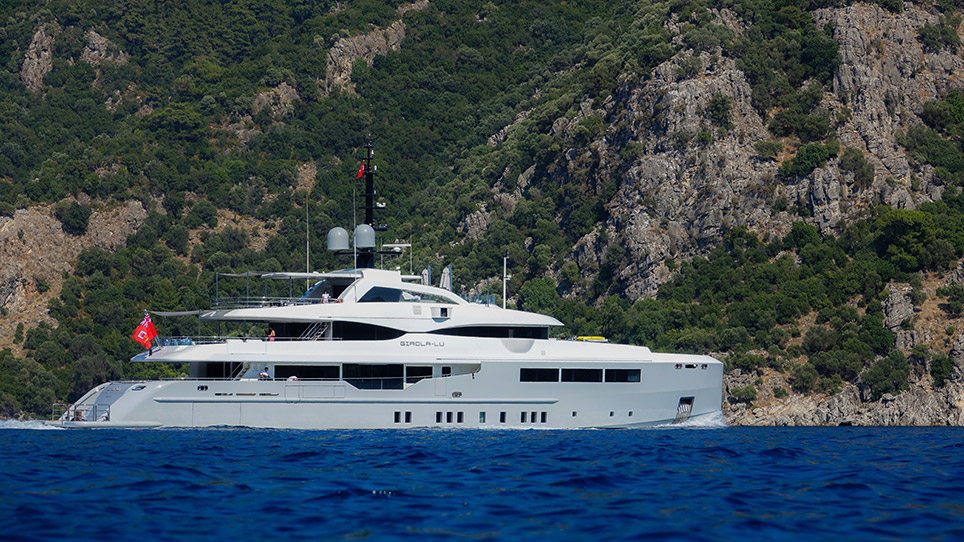 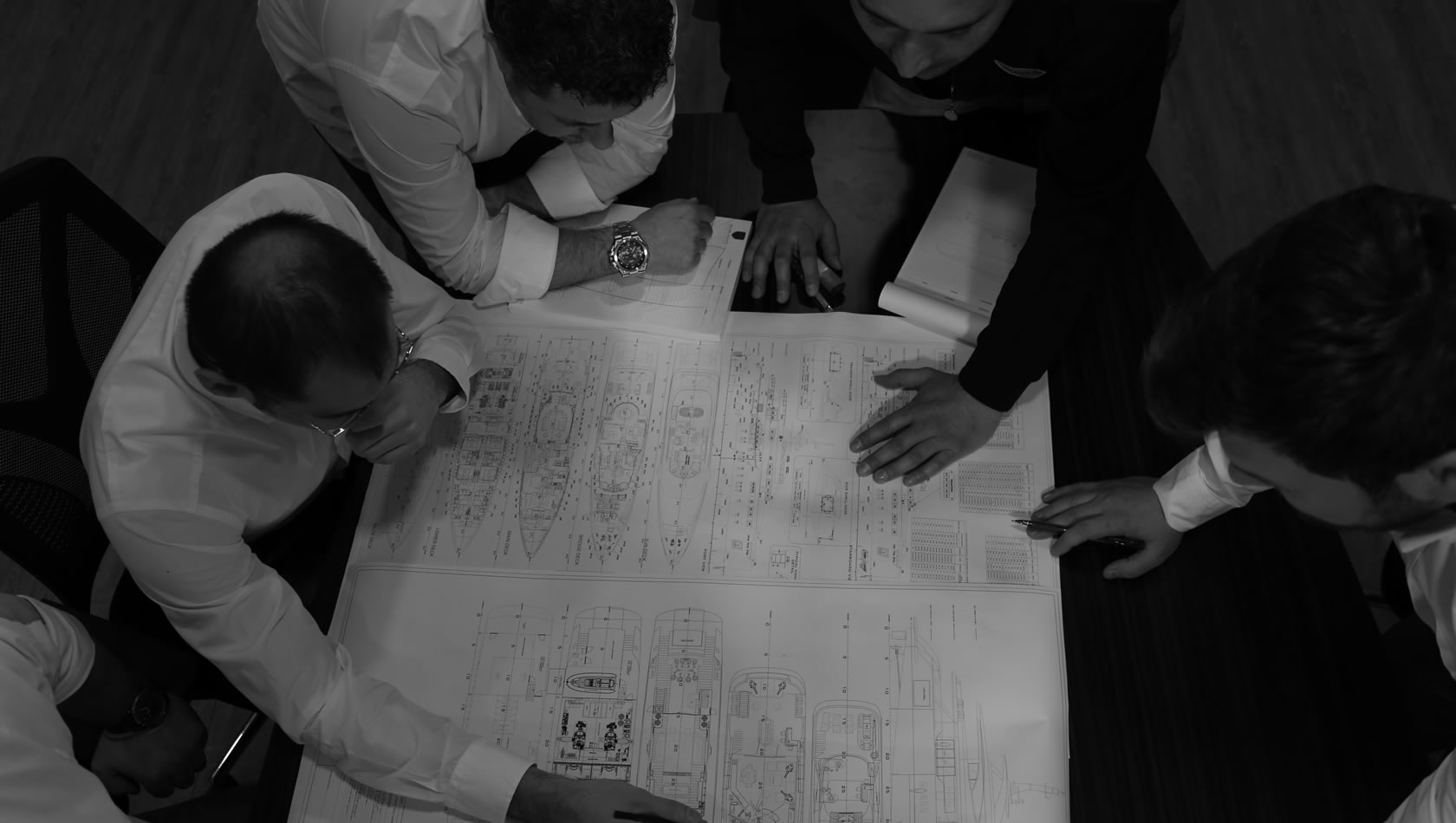 Bilgin Yachts Shipyard started the year with the spectacular BILGIN 155 delivered to Mexico while launching the first unit of Bilgin 156 (ex-Nerissa). Meanwhile, production continues for the 80-meter record-breaking superyacht. 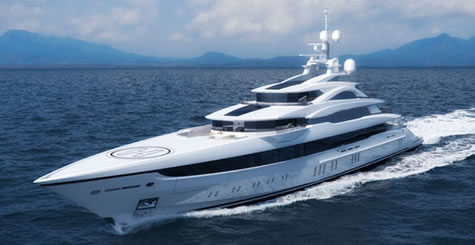 2019 – Being a part of the SYBASS in the beginning of the year, Bilgin Yachts started new projects of the 67 meter Bilgin 220 and 85 meter superyacht while continuing the construction of three units of 80 meter Bilgin 263 series, one of which is planned to be launched in the end of 2019 and will be the largest yacht to be launched in Turkey up to date.. Meanwhile, 47.5 meter Starburst III (ex-Nerissa) was sold in spring and following that the sistership of this yacht, Lilium was launched and made her debut during MYS 2019.